It is said that when Caesar was in Spain and saw the statue of Alexander the Great he wept. Supposedly this was because Alexander had accomplished so much before his death at 33, and Caesar was only a Roman official in Spain at the same age. He then left for Rome and greater things, e.g. becoming Emperor. Gazing upon history can be very inspirational.

As has happened before on the Camino, we came across an archeological surprise or two today. First was the abandoned underwater town of Portomarin, where they flooded a medieval village to make a lake in 1963. Fortunately, the drought has lowered the water level to see the old foundations. (The knightly fortress church was moved to higher ground brick by brick.) 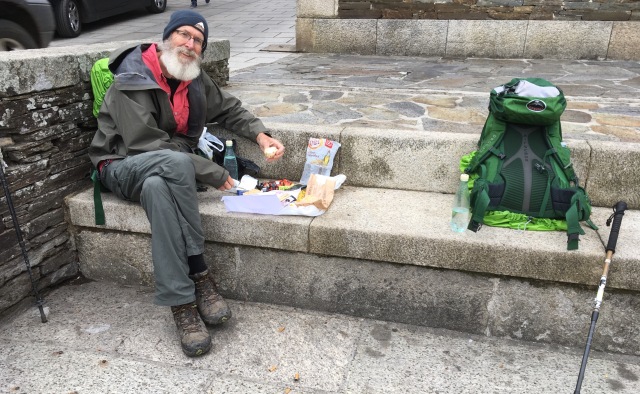 Secondly, Castromaior, one of the important excavations of Roman towns in Spain, was along the Way today in an unassuming little dairy cow village. I deviated from the path to see this remnant from 200 BC to 100 AD, and wondered, did Caesar walk here?