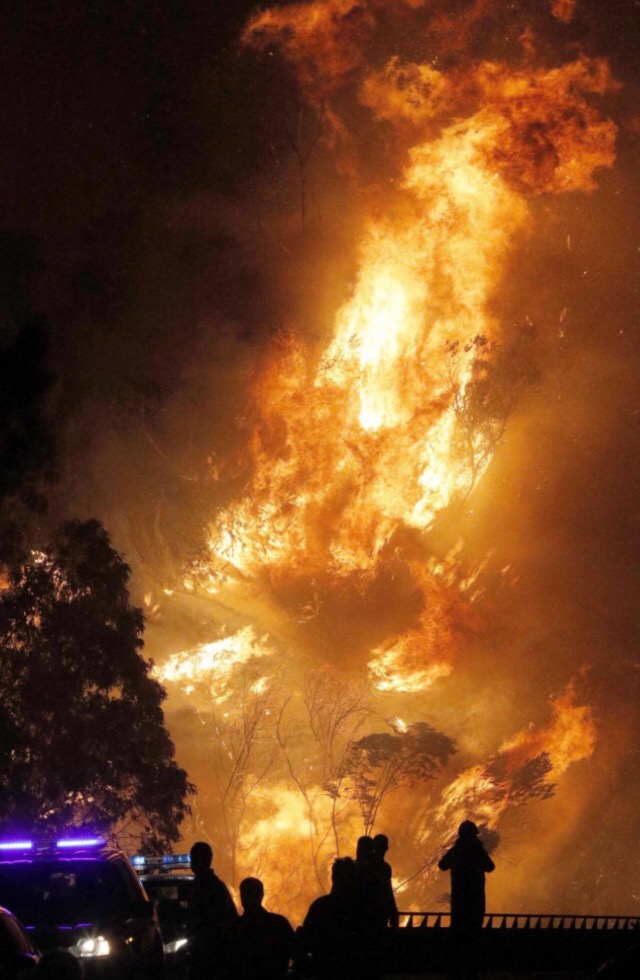 When we woke this morning in the tiny hamlet of Las Herrerias, we could smell smoke and the early morning sky was hazy. At breakfast, the bar tv was showing constant news of the fires in Vigo that had killed 4 people, about 80 miles away. Ok, another Camino day, we do what we do, we headed out on one of the biggest climbs of our walk, about a 2,000′ climb in 8 km.

As we climbed, we saw one lone pilgrim and then a group of three; that was it, very quiet. Eerie. The sun never rose, instead the sky was a sickly yellow/grey and the smoke completely obscured the mountains. After a two hour climb, we arrived in the rustic pilgrim village of O’Cebreiro. It was a weird scene. Pilgrims were everywhere, getting out of taxis, getting into taxis, talking on the phone, huddling in small groups.

We saw several pilgrims we knew; Jesse from Minnesota, Gerhardt from Austria, and Miss Sweden and her German boyfriend, everyone was talking about the fires and wondering what they should do. Apparently, fires were directly below us around Triacastela, 12 miles away, and the winds were blowing our direction, fanned in part by the unusual hurricane passing the Iberian peninsula on its way towards Ireland. John and I ducked into a little bar to partake of the amazing caldo gallego, Galcian soup, and to discuss our emergency response plan. We also had a cerveza, because nothing says crisis like a cold beer at lunch. 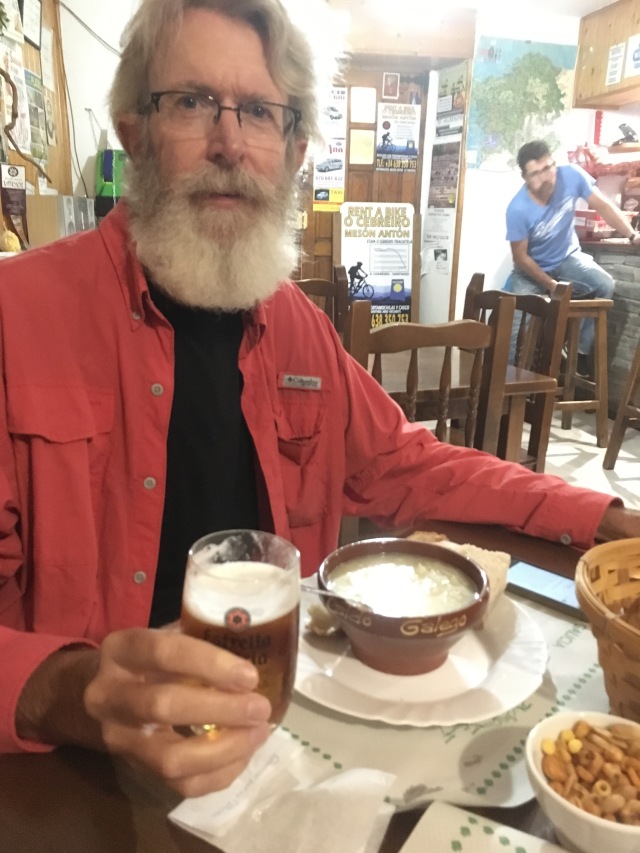 Continuing to check the internet and watch the news, we decided to push on. This plan came to a screeching halt when we mentioned to our bartender, in his hip outfit, that we were walking to Fonfria; he freaked out and insisted, we think, that it was not safe.

To allay our worries, we called ahead to our albuergue in Fonfria to check on the fires…the hosteleria, said it was fine, we think. So, we headed out in the smoke and the gloom, alone on the trail. The trail was really quite nice, exciting, a bit mysterious and mostly empty of pilgrims. 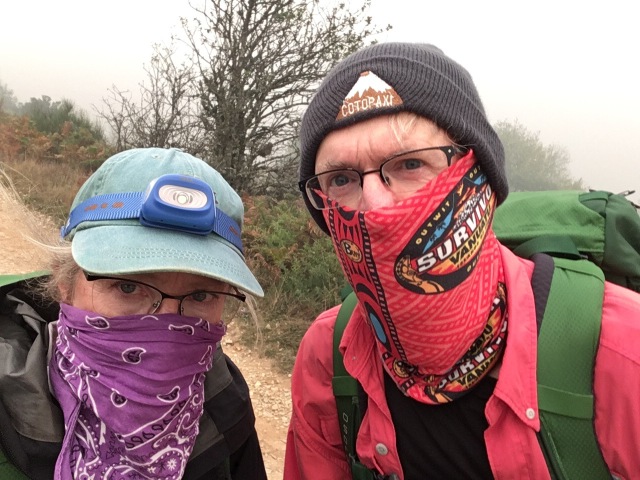 We arrived safely in Fonforia and settled into our private double with bath; oh so danger. Tonight at a huge pilgrims’ diner we exchanged tales and plans for tomorrow, we think.

PS. And yes, there is an almost revolution here in Spain, ever since Catalan is keeping everyone on the edge of their seats as to whether they have declared independence from Spain, the big news in these parts until the fires captured the news. -k